Is $40 the New Floor for Ethereum’s Ether Tokens? 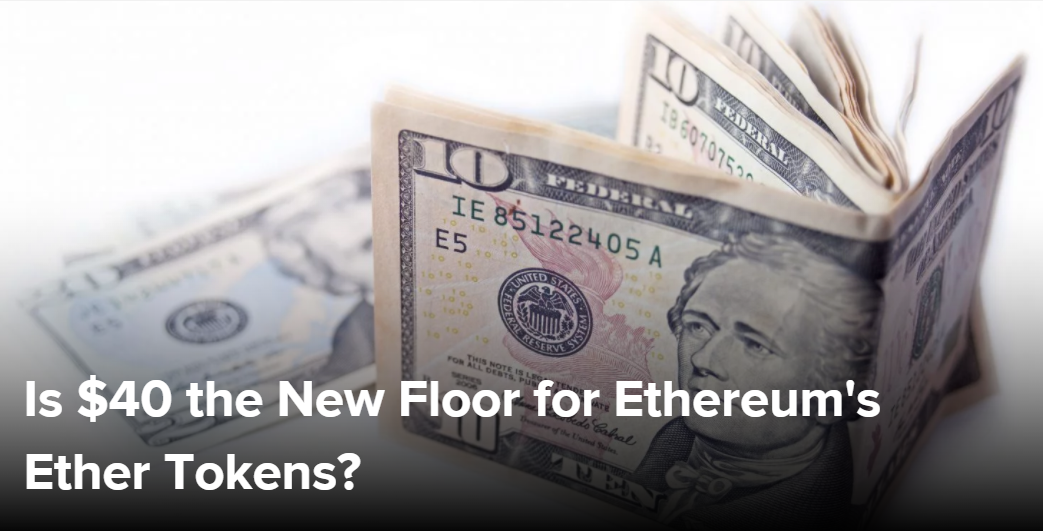 Ether prices have been hovering above $40 per coin as of late, indicating significant support for that price, according to several analysts.

Since 22nd March, ether, the cryptocurrency powering the decentralized application platform ethereum, has traded above this particular level.

During this time, ether has risen past $50 more than once, reaching as much as $53.78 on 29th March, according to CoinMarketCap. So far this year, the cryptocurrency has increased in value fivefold – from roughly $10 to $50.

Amid this continued strength, Joe Lee, founder and CEO of bitcoin derivatives platform Magnr, told CoinDesk that $40 appears to be a price ethereum users are happy with.